WELCOME TO THE EURO-PACIFIC ZONE 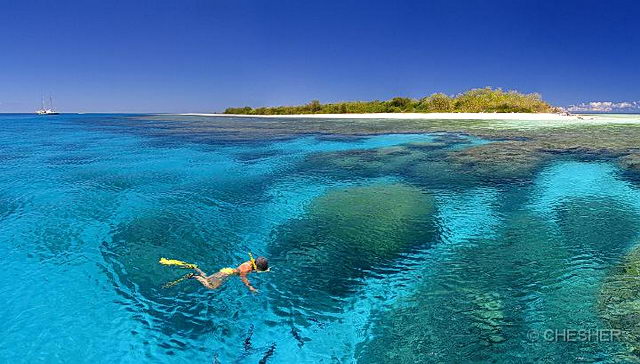 The new way of things in Britain has reminded us that the more things change, the more they stay the same.
Once upon a time, when the World was burdened by a lot less people and ‘The Media’ was a hand produced local newspaper read by the 5% of the population that could read, travel and exploration held out not only the chance of discovering new things, but also the chance of claiming new things as ones own, such as Islands and entire continents.
At this time there were a few major players in the ‘No one appears to live here except the locals so I will claim it for my King/Queen’ brigade.
England managed to do a fair bit of land grabbing, as did Portugal and Spain, The Netherlands and even the Germans.
The French were also right at the top of the leaderboard when it came to spreading their version of European love amongst the inhabitants of far flung Climes.
Once upon a time, these strategic outposts played an important role in keeping up the appearance of the Global importance of their colonial overlords. As with a lot of exploration at the time, the fact that there might be an indigenous population already ensconced on the land was of little import. What mattered was that no other Europeans had a foothold on the ‘available’ land.
Any rock that could provide a safe harbor, fresh water and supplies was hard fought for. Western Europe was a long way from the Pacific but the trade routes that were vital for supplying money and resources needed to be kept up.
If your fleet of wooden clippers had a place to stop and grab fresh food and something to trade, your King/Queen and country would reward you.
In spite of the fact that the English Sailor Captain James Cook spent a ridiculous amount of time in this area, French explorers did a great job in tagging islands in the Pacific as their own.
In the Pacific Ocean there are a number of Islands that, to this day, have strong ties to the French motherland.
French Polynesia and The Austral and Society Islands (including Tahiti and Bora Bora) are perhaps better known than most, but there is also, The Marquesas Islands and The islands of Wallis and Fortuna.
Some, such as Clipperton Island, are uninhabited, however that doesn’t mean that you can go there are decide it belongs to you. We don’t do things like that anymore.
If you are looking for proof, and you are keen to discover for yourself what happens when French lifestyle meets the South Pacific, look no further than New Caledonia. 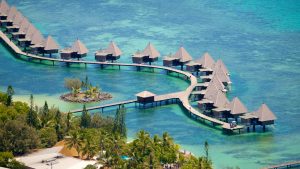 Like a lot of this part of the world, the territory is made up of several smaller islands that offer a delightful variety of tropical holiday things to do.
The capital, Noumea, has everything one would expect in a small city built around administration and tourism. With a population of around 180,000 people, Noumea has all the mod cons one would expect. Shopping, hotels, and of course plenty of beaches and sunshine.
Diving, snorkeling and hiking will provide a huge range of biodiversity for the eco-tourist.

Cafes and restaurants abound for the foodies and there are cooking classes available for the tourist keen to add a bit of French and Polynesian cuisine to their repertoire. Seafood and good French wines are plentiful, plus an assortment of local dishes from the Melanesian culture will delight the gourmands.
For those into travel tales, an insect called the Candlenut Worm is eaten both roasted and raw. People who love it insist it tastes like Hazelnuts…which makes a change from the oft claimed ‘it tastes like chicken’ that usually accompanies the weird and wonderful.
During World War II Noumea was used by the US Navy as a staging base for its troops, and there is still plenty of evidence of American Influence. There are still place names that bear witness to American involvement in the region such as the town of ‘Motorpool’.
Noumea even made it into stateside pop culture. Characters in the American TV series McHale’s Navy often talked about heading to New Caledonia for some much needed R&R. 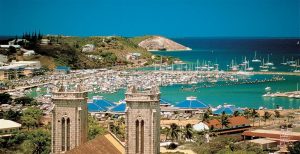 99% of all Noumean residents speak French, although only 20 % of the population actually hail from Metropolitan France or its territories.
There are at least 30 Kanak dialects also spoken, and there is plenty of English spoken too. Although it is still part of the French colonies, it is very far away from the homeland. It is, after all, 1200 KM from Australia, and more than 16,000 KM from Paris.
Noumea is not a cheap and cheerful holiday, as compared to other destinations with a similar location and climate.
There are regular international and more ‘domestic’ flights to the city, but these are rarely offered at any kind of discount. Although this doesn’t make it very price competitive, the region seems to survive without offering packages to travelers.
Partly this is to do with its historical ties, and partly because, due to the unique quality of the place, a lot of people just want to go there and have a look.
If you are considering a visit to this very European destination that sits smack in the centre of Polynesia, the best time is between November and March which, like the rest of that part of the World, is summer. If hot and humid are not your thing, June to August are more moderate.
To find out more about New Caledonia and other French holidays in the Pacific head to http://en.visitnewcaledonia.com