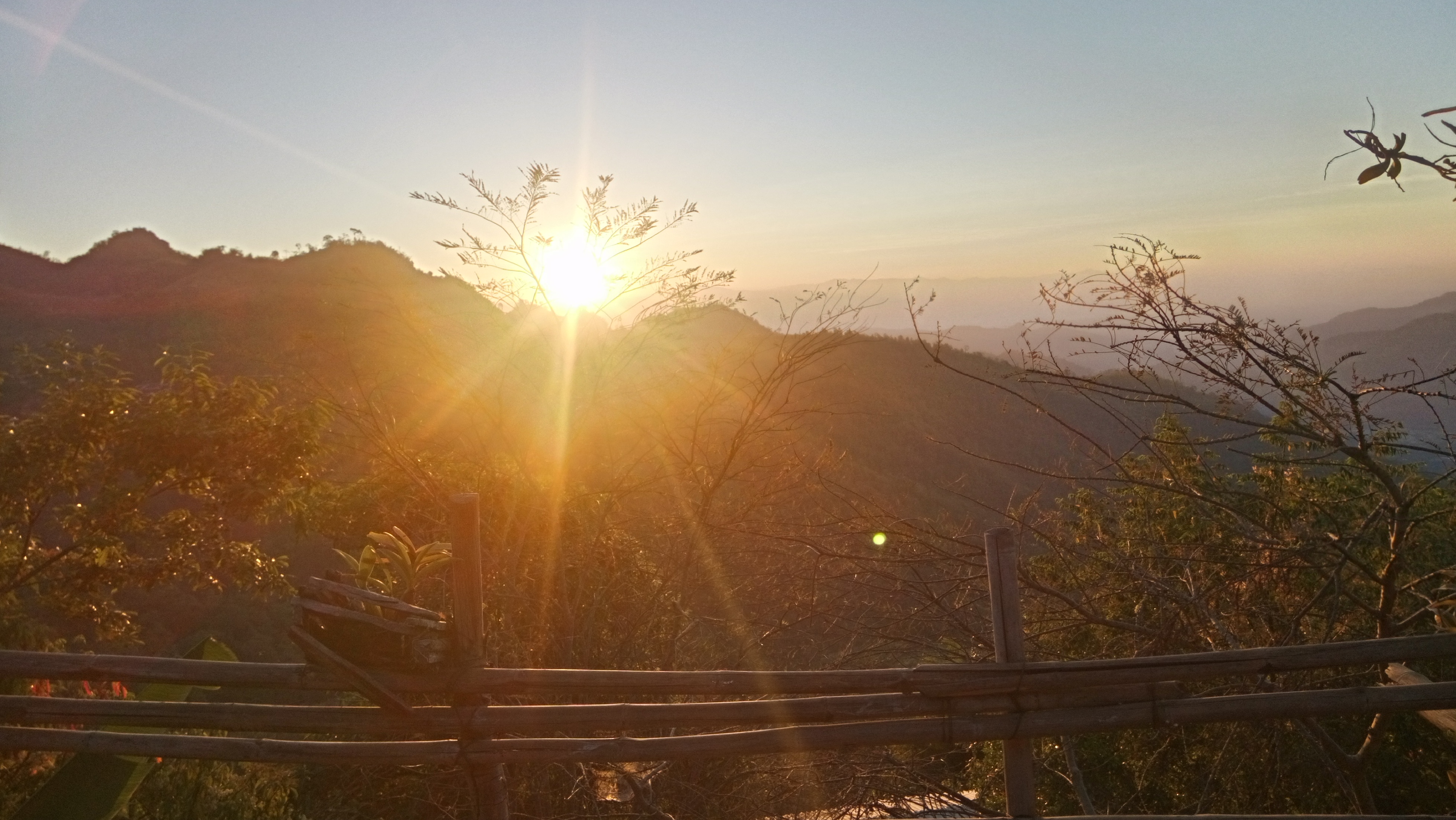 The hills outside of Chiang Mai are famous for the colourful tribes that scatter themselves throughout the vast nooks and crannies of what are, geographically, the foothills of the Himalayas.
Thailand is a vastly diverse country, with many of the hill tribe people being no more ethnically Thai than any European who visits. Indeed, many people living in these scattered communities are directly descendant to Chinese families from Yunan, or the more populous Han clans. Some families have settled in Thailand to avoid ethnic persecution, some because of poverty, some because they simply have no where else they can go.
A number are Burmese, many are Tibetan. Most villages have Thai speakers who communicate with ‘The Thais’ as they call them, but many do not. The Karen, Lahu, Lisu and Akha people have some regular contact with outsiders, but their lives are often a strange hybrid of ancient tradition and the modern world. 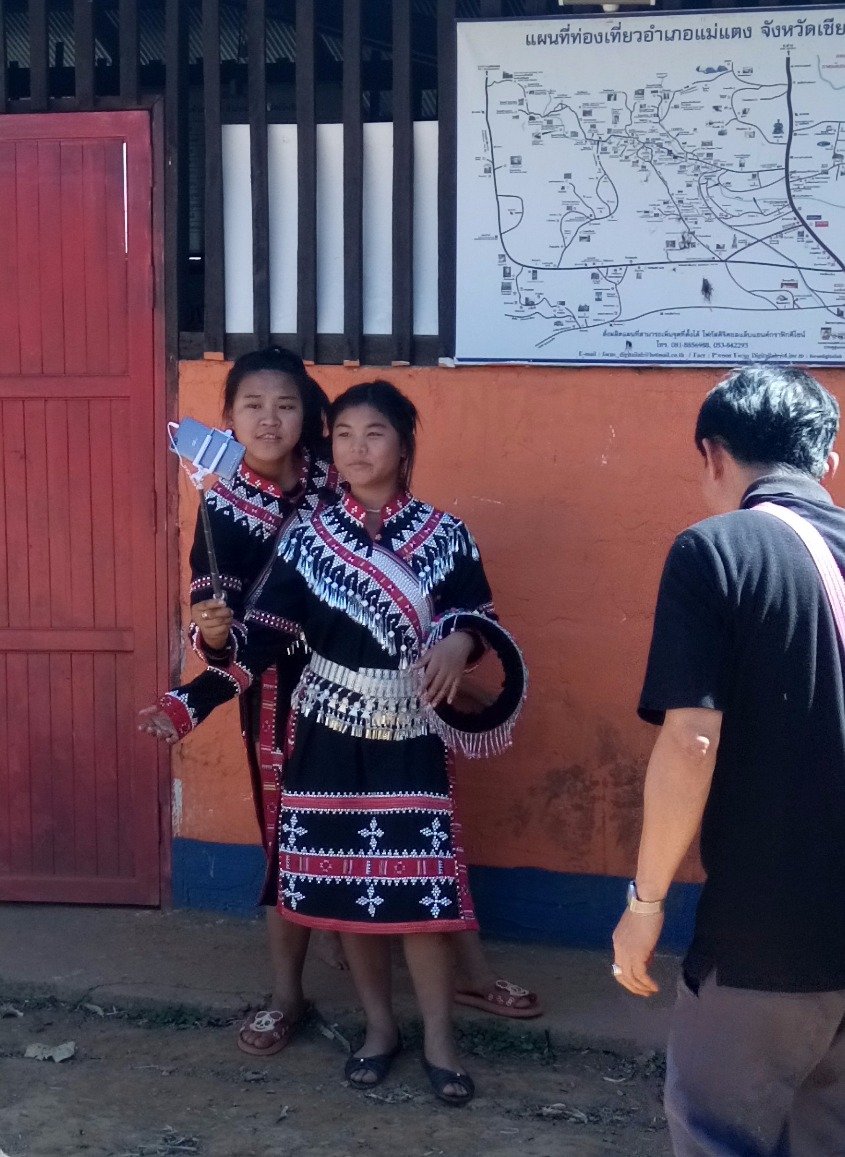 Lahu teenagers with smart phones peering into an outside world where more money is spent on pet accessories than they will see in month or more. Imagine watching ads for the latest car when owning two pairs of shoes is a luxury. Or seeing pop stars swap partners when your family will decide whether your choice of partner is appropriate. What do these electronically connected, but physically isolated communities do when the outside world comes knocking?
In most places you will find pockets of elderly people and youngsters. Those of working age have often gone away, looking to earn money in the bigger towns, desperate to improve their lot. In many parts of the mountains you will hear whispers of ‘yaba’, the locally produced drug closest in relative to methamphetamine. There are trade routes here, hidden ones, and the effects on local communities can be devastating. This is part of the Golden Triangle, after all. Authorities and community leaders do their best to keep yaba away from their homes. Like everything, keeping the separation of temptation and satisfaction is an effort.
This is the constant battle that faces the elders of the hill tribe villages. Like many ‘traditional’ groups the world over, holding onto a cultural identity seemingly at odds with the all-pervasive ‘sameness’ of the era we live in often creates conflicts and schisms that run along generational lines.
Thailand’s hill tribe people still consult with a shaman on a number of issues, from health, to fortune and good times for harvesting. However, killing a chicken and reading the shape of its leg bones may seem to lack some of the science of the local modern medical clinic or the meteorological app on an iPhone. At what point does a shaman lose their relevance, and what does that mean for everyone else?
Of course, then there are the tourists who provide much welcome cash, but often leave more than their mark on the daily life of the ordinary people of a settlement. Sure, the wonderful character written into the face of a colourfully dressed Karen woman may make for a great holiday snap, but how would you feel if someone walked in on you when you’d just made lunch and started taking photos to show to your mates on facebook?
In many of the more populated and visited areas of Chiang Mai and Chiang Rai, you will see signs asking visitors not to take pictures, or at least to ask permission first. Amazingly, some still do not.
This also brings up the important issue of the pressure NOT to change, in case the tourist dollar dries up. It can be hard for people from the outside to suddenly discover that the young village girl they spotted dressed in a silver adorned headdress at the stall selling handmade soap, is now off duty and wearing shorts and a t-shirt and taking snapchat selfies with her friends. Outsiders whose expectation is to see a particular model of traditional behaviours, are regularly stunned to discover that those charming ancient rituals are sometimes seen as as much a millstone as an anchor.
Traditional cultures can be hard work to maintain.
Having said all of that, the unmistakable beauty of the north of Thailand cannot be understated. The fact that these minority groups are still managing to hold onto the ways of their people, often unchanged for centuries, is a wonder for those of us bombarded into cultureless norms. Apart from the landscape, which in itself is vast, verdant and inspiring, the people of the mountains are what makes a journey to these parts worth the effort. 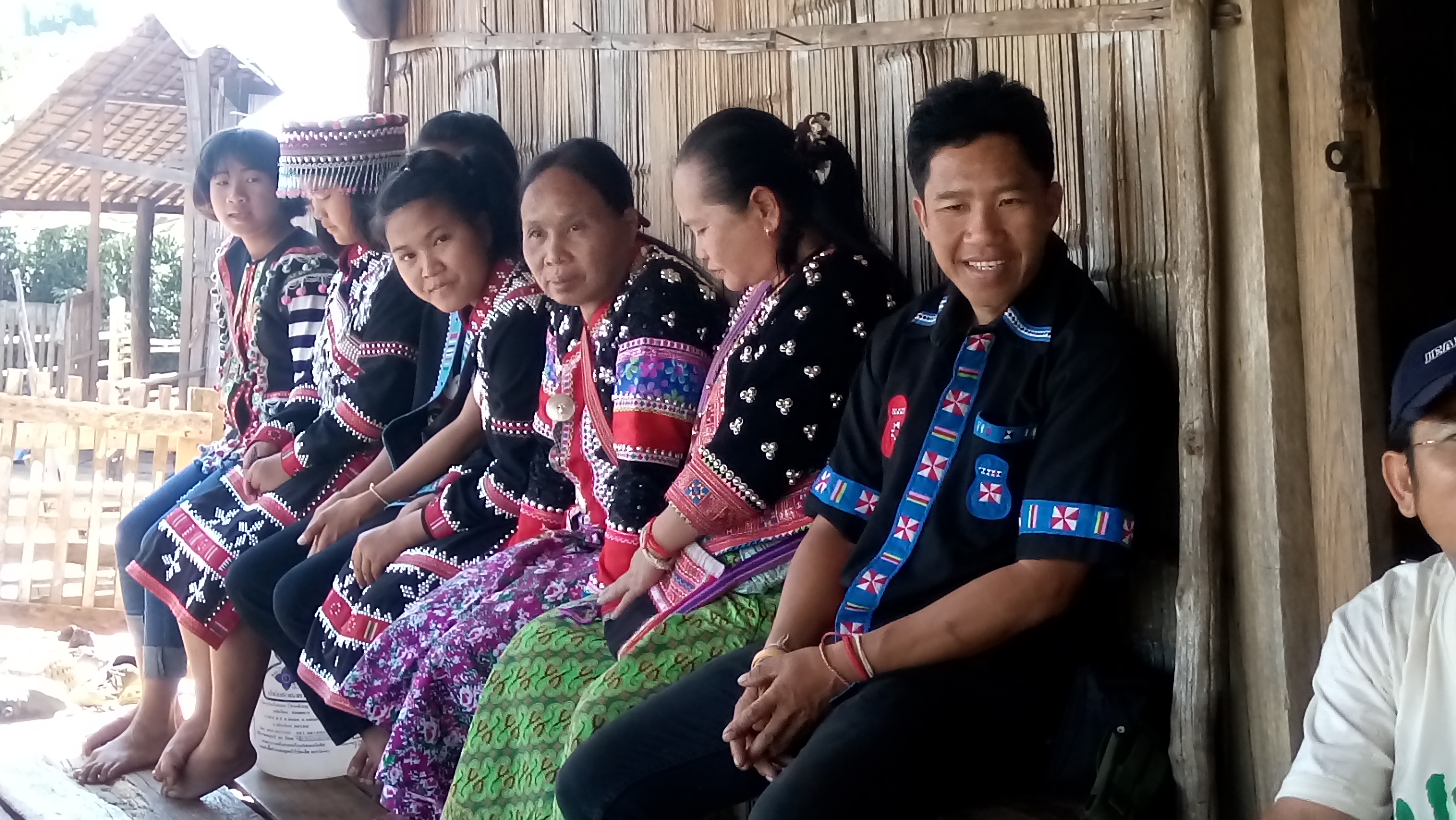 There are few places left where the earth still hums away to its own rhythm and where, if you listen carefully, you can hear it. The hill tribe people of Northern Thailand offer us a glimpse into a time past, and a passing time.