There are a number of culturally historic buzzwords that bring a nation together.
In America, everyone can immediately identify the meaning of ‘9/11’, in the UK, a mention of ‘The Blitz’, or ‘VE Day’ brings a knowing nod of the head. In India, the name ‘Gandhi’ surpasses the man and produces an actual emotion. A cultural touchstone that requires no further explanation. Some words are simply that powerful, and so it is in Australia and New Zealand with the words ‘Gallipoli’ and ‘Kokoda’.
Gallipoli is a beach in Turkey, it is also the site of an enormous pilgrimage made by Aussies and Kiwi’s throughout the year, and especially on and around April 25th. That date marks ANZAC Day, a memorial to the fallen soldiers of Australasia. 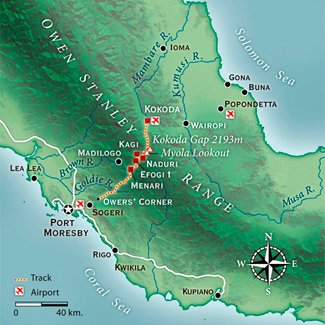 Kokoda, on the other hand, is not only a site but a trail, a track that runs 96 kilometres (60 miles) overland through the Owen Stanley ranges of Papua New Guinea.
If there is a country that invokes the spirit of the land before time, it’s this place. Papua New Guinea, surprisingly close to the coast of Norther Australia, is still somewhat an unknown. Sure, mining giants have moved in, and tourism exists, but step off the track here and you are literally taking your life into your own hands.
Native Papuans were/are traditionally cannibalistic, and although stories of missionaries being eaten are fewer and further between, even in 2017 it would be foolish to rule anything out.

The Kokoda Trail was first marked out by European miners in the 1890’s. These hardy individuals went looking for, and found, gold. To say the going was tough is to suggest that water can be wet. The climate along the trail is brutal. Hot and sticky all day, freezing at night. If the weather and the locals didn’t kill you, disease would.
It was this very track that then became the site of some of the most brutal fighting between Allied forces, mostly Australians, and the Japanese during World War II. Strategically, using PNG as a way to get in Australia made sense for the Japanese forces. Singapore had fallen, and if the Japanese military could establish a base in the capital Port Moresby, it was merely a hop, skip and a jump into Darwin and Far North Queensland.
The US Military were aware of the threat. The American General McCarthy and the then Australian Prime Minister Curtain set about strengthening airfields and allied troop camps in the area, but an overland invasion was on the way. 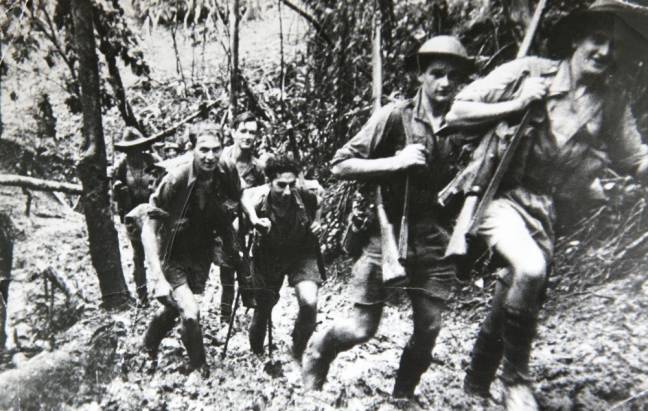 The only way to stop the Japanese soldiers was to meet them on the trail, and hence, the battles of The Kokoda Track Campaign have gone down in history as a demonstration in determination and sacrifice for both parties. There were, and still are, no roads.
The trail was, and in most parts still is, single file through thick, wet jungle. The soldiers fought malaria, dengue fever, scrub typhus, tropical ulcers, fungal infections and dysentery as well as each other.
Legends were born along the Kokoda trail, which is why, unsurprisingly, it has become a Mecca for those seeking true adventure and an unparalleled trekking challenge.

These days, some 4000 people take up the mantle and walk the Kokoda Trail every year. To do so without a guide and a team is dangerous at best, and stupidity at worst.
Modern medicine may have your back covered when it comes to disease, but being unprepared for the physical and mental stresses that await you is as ridiculous as it sounds. Since 2001, there have been 6 deaths on the trail, and it is now a requirement that every walker complete a medical examination before heading off.
The World record for completion is just over 16 hours, but relax, a more realistic pace is between 4-12 days, depending on how close to God you want to come. Local villages are excellent rest stops and licensed guides will set up plenty of downtime if that’s what you need, and you might.
If it’s that damn difficult, you may wonder why you would want to go.
Because, like all gut-wrenchingly difficult things, the rewards far outweigh the pain. To walk the Kokoda trail is to walk through history, to find yourself amongst the mountains, rivers and trees, to overcome what you thought was impossible, to rediscover your strength.
The area itself is breathtakingly beautiful. The highest peak, Mount Bellamy, is just over 2000 metres tall, the terrain is lush, wild and ancient, and the adventure will leave you exhausted but satisfied. The experience will never leave you. 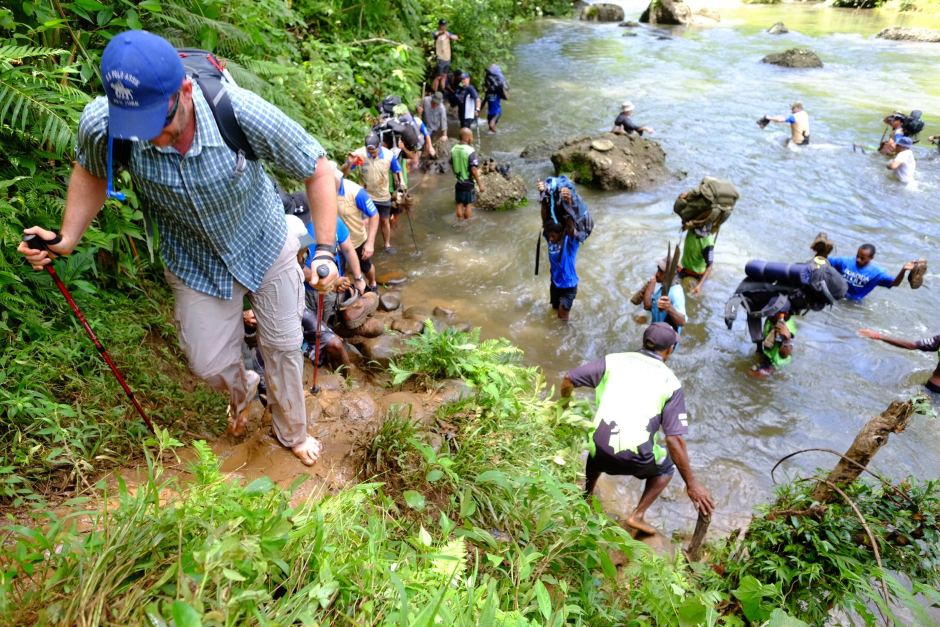 There are a number of reputable tour companies providing comprehensive services that often include pre-trek training and professionally produced video souvenirs. Due to the challenges of the track, these days companies do not take many chances, however, anyone of any age and with a reasonable level of fitness can take on Kokoda. In fact the oldest trekker thus far was Mr. Don Vale who, at 83 years old, set a cracking pace. And in 2009 the Australian Paralympian Kurt Fearnley , who was born without the lower section of his spine,completed the track, crawling north to south, in 11 days. So really, you have no excuses. A nine day trek leaving from Port Moresby costs around 3000-5000 AUD, a porter will set you back about another 600 AUD.