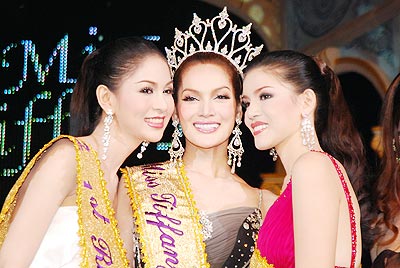 In Thailand, there is a recognised third gender known as ‘Kathoey’ (pronounced ‘kat-toy). In English, the closest we get to a literal translation is ‘lady boy’ although the term lady boy is a somewhat one sided and inadequate explanation.
Being kathoey does not mean you are a man wishing to become a woman. It is not a Lady/Boy in the way our language means. The term in Thai refers to either a transgender woman or an effeminate gay male. A significant number of  Thai’s perceive kathoey’s as belonging to a third gender, including many kathoeys themselves, while others see them as either a ‘kind of man’ or a ‘kind of woman’. Although the group has struggled for legal recognition in recent years – transgender females are still identified as “mister” in their passports, for instance – the government is considering granting them formal distinction under the country’s next constitution.
In Thailand, the sexuality of the third gender is left to the perception of the individual. Sexuality, as opposed to what your genitals look like, comes from within a person.
It is how you feel about yourself as a sexual being as opposed to who you have sex with and how.
In recent years, due to the large number people living openly as kathoey there have been enormous advances in gender reassignment surgery within the Kingdom.
The availability of world standard medicine and surgery, the high standard of training of the doctors and very reasonable prices has put Thailand very squarely on the map for Medical Tourism.
Gender reassignment surgery in Thailand has become a major money spinner and Thailand has become the World leader in the field. Sex Reassignment Surgery (SRS) or Gender Reassignment Surgery (GRS) and Facial Feminizing Surgery (FFS) are the three major surgical operations frequently sought by male-to-female transsexual patients suffering from gender dysphoria. These represent key elements in their life-changing transition.
When someone goes in for SRS or GRS, they will elect to have a variety of surgical steps including vaginoplasty, labiaplasty and clitoroplasty. Some doctors use the non-penile inversion technique, which is a newer operation and some prefer more traditional techniques. Female-to-male gender reassignment is possible, although much less common, and requires multiple procedures over many months.
Hospitals that perform gender reassignment surgery also offer a host of related procedures, such as breast implants, voice-change surgery and laser hair removal, amongst others.
Before being eligible for gender reassignment surgery in Thailand, patients must prove that they have been living as their desired sex for at least one year including dressing like a woman/man and taking female/male replacement hormones.
But it’s not just Thai’s who benefit from this expertise.
At one hospital more than 80 per cent of their sex change patients come from overseas, mostly from Korea, Japan and Taiwan, but also from Western countries. Foreign patients also need to have a psychological evaluation in their home country, followed by two more evaluations by psychologists in Thailand.
The average cost of SRS or GRS in Thailand runs at between 7,500 USD to 10,000 USD, a snip (if you’ll pardon the pun) when compared to The United States where the same surgery can cost more than 20,000 USD.
An offshoot of all this remarkable surgical skill is that those wishing to have ‘aesthetic procedures’ done i.e.: plastic surgery, can book into any number of renowned hospitals and know that their doctor is well trained, fully qualified and highly experienced. A brow lift or a bit of Botox is a stroll in the park for a surgeon whose last patient went from female to male or vice-versa.
Of course things can, and do, sometimes go wrong. There are any number of horror stories out there on the web regarding infection, poor results and botched jobs. The pictures are horrendous, so you have been warned. But like anything, a little research pays off.
Thipnara Petrapitchanon, a former contestant of Miss Tiffany Universe, the international transgender pageant held each year in the local resort of Pattaya had the surgery in 2010.
“I am much more confident now,” she says. “I can wear a bikini with confidence, and when I look in the mirror I see a woman. Socially, people treat me like a woman now.”
Being free to be yourself. That’s the joy of Kathoey.