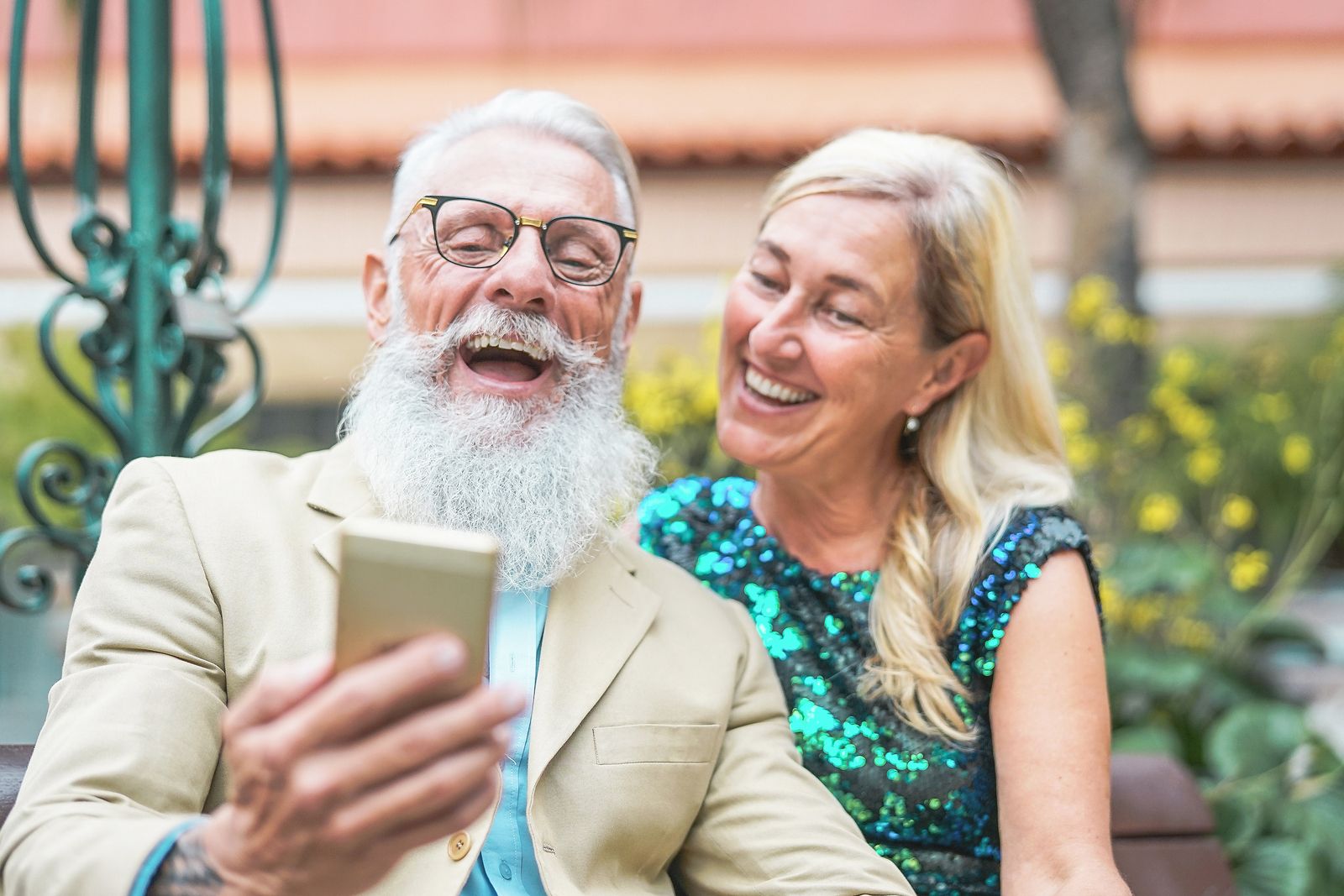 Gone are the days when computers were only for the young! Nowadays, anybody and everybody aged between 9 and 99 has access to the internet – whether that’s via a smartphone, tablet or home computer (or all of the above), and most people are using it to access social media.
The behemoth – Facebook – recently turned 15 years old, and for a website, that’s practically a dinosaur. Although it remains by far the most popular social media site, there’s been a big shift in the people who use it.
The Guardian reported last year that over 55’s were set to become the site’s largest demographic, with younger users typically shifting their focus to sites like Instagram and Snapchat, which offer more instant, image-based interactions.
In fact Instagram – which, by the way, is owned by Facebook – is in the process of simplifying its platform: a move which it hopes will attract more older users (because we like to keep things simple apparently.) Whether it’s successful in trying to lure away some of us Silver Surfers remains to be seen.
You see, the older generation has sort of grown up – at least in terms of internet use – with Facebook. We’re comfortable with it, we like it, and basically, we know how to use it.
But perhaps it’s the very fact that older users favour Facebook over other social media sites that is putting off younger generations: let’s face it, parents are generally pretty uncool.
But why is Facebook so popular with the older demographic? In part, it’s thanks to the site’s photo and video functionality; this enables users to stay in touch with the social lives of our friends, kids and grandchildren. Importantly, it also gives us the ability to prioritise who gets to see what we’re doing, so with only the chosen few given access to the inner circle, a fact which is increasingly important as security and privacy issues hit the headlines on a regular basis.
Despite the exodus of younger users, Facebook remains one of the most powerful media brands in the world, boasting 2.38 billion monthly users and over 1.5 billion people logging on daily, which is no mean feat.
Whatever your demographic, and despite issues with trolls, data privacy and national security, the figures prove that Facebook is still going strong. Okay, so it might not be the hip and trendy, boundary-breaking site that it once was, but it’s still a pretty great way to stay in touch with friends and family.
Which is why us over 50’s still love it.