THINGS THE FRENCH DID RIGHT IN ASIA 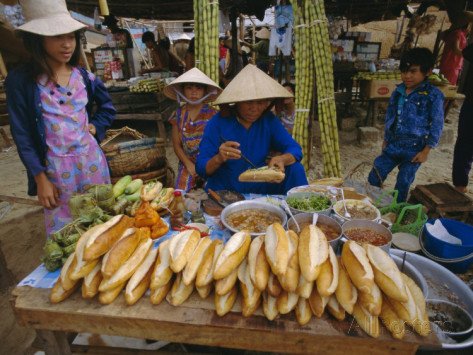 French colonialism of South East Asia began laying its roots in the early 17th Century when Jesuit Missionaries travelled to the other side of the planet and met the early Mekong Delta settlers. These people were what we now call Vietnamese in ethnicity, although Chinese dominance in the region for centuries, as well as constant battles between the Siamese, Cambodians, Burmese and the Laos had shaped the landscape and the people for many hundreds of years.
When Europeans first came into Asia, they recognised the enormous wealth to be made in trade. South East Asia had spices and silk, as well as fertile land and highly desirable warm waters.
The ‘Silk Road’ is surely one of the most important trading routes ever to have existed. It literally changed history. The early Jesuits may have wanted to change the world by spreading the word of God, but the powers that controlled the coffers at home wanted something a little more Earthly than the redemption of human souls. Thus began the great European colonialization of Asia.
Back in the day, everyone was in on the act. The Dutch fought for and won Indonesia. The Portuguese made their claims in ports like Melaka in Malaysia and Macau near China. The British were everywhere, sopping up the spoils and fattening up the gentry back home. The French were in their too, but they seemed to have the most success in that same region they had first explored.
There is a lot written about the Good, Bad and Ugly activities of the White-nosed colonial masters of old. Many people needlessly fought and died trying to keep or reclaim what had always actually been theirs.
Things didn’t get better as the World became smaller, and the bitter battles for self-governance are not ancient history, they are part of Modern Asia to this day. 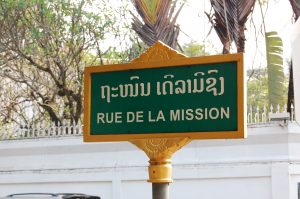 Most importantly, bread. The French may smell of garlic, they may smoke too much or not wash the way others feel they should, but they sure know how to bake. Everywhere in Vietnam and Laos, even in the small back streets of Hanoi, or on major bridges heading out of Vientiane and into the countryside, someone somewhere is holding a couple of freshly baked baguettes for sale. Eaten plain or filled with some kind of meat and some fresh vegetables and herbs as a mini-sub sandwich, light, crusty white French breadsticks are everywhere, and they are as cheap as chips. 1 or 2 USD is all you will pay, and this may include and ice tea. The Vietnamese have adopted crunchy on the outside, soft on the inside baguettes as part of a staple diet along with the freshest clear soups (pho) you will find on the planet. If you’ve ever had a love affair with a carbohydrate, you will find yourself slipping into a kind of foodie coma with every mouthful. You will smell fresh bread everywhere, it calls to you. Don’t resist it. Submit and vow to diet another day. 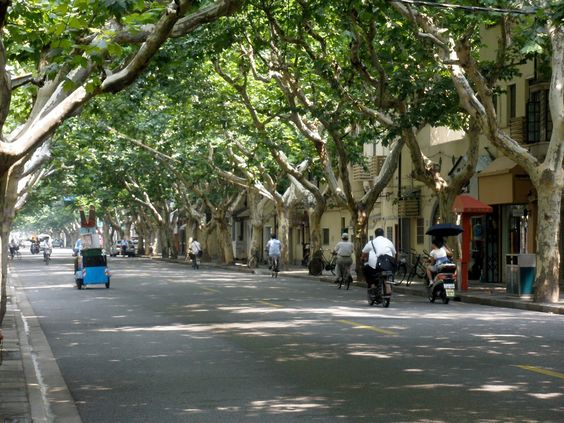 Secondly, wide, tree lined streets. Even in the French Concession in the middle of Shanghai, if you squint a bit, you will forget that you are standing in a city surrounded by 26 million mainland Chinese and imagine yourself to be in Paris. The French love wide streets, and they have no objection to planting giant Oaks and other hard wearing trees along the sides. It has something to do with the Revolution and needing to get Armies into the centre of town quickly. Whatever. The fact is that some of the best walking can be done in these streets in almost anywhere the French town planners laid their hats. This, along with French Architecture, is an unmistakable signature of the colonial past. It is also a great credit to the white settlers of the time. For human beings, scale is important. Wide boulevards and tall trees look and feel majestic. They also feel like you can stretch out and breathe a bit. They are indulgent but comfortable. This wonderful sense of proportion has been protected and often restored in many parts of Asia where high density is an issue. The charm of old may hide the horrors of the past, but it is nice to see that at least some of what was done was done for the benefit of everyone. 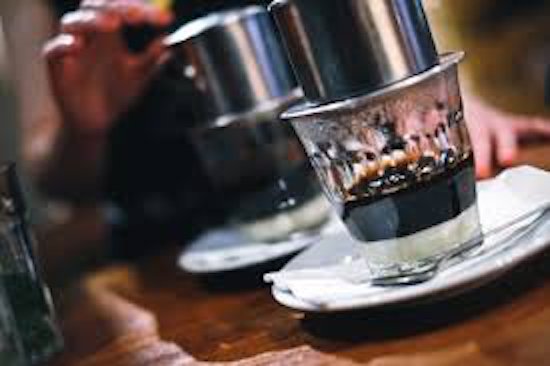 And last but not least, good coffee. Yes, the Italians got to name all the ways we drink it, but the French made drinking coffee such an event that wherever you go in the former ‘Indo-Chine’ you will find the tradition of sitting back and pumping yourself up on a mighty local version of this heart starting beverage well in play. Cambodians produce their own coffee, and it is rich and strong. Laos’s coffee is feisty enough. Thailand makes coffee too, and it also hits the nervous system like a bat out of hell, but the coffee that lets you know you are alive comes from the highlands of Vietnam. Whether you are a fan of the ‘Weasel’ style, the one also known as ‘kope luwak’ that involves the beans first being digested by a civet cat, shat out and THEN roasted and ground, or you like your beans to arrive at your cup WITHOUT having first visited the insides of an animal, if you are a caffeine lover, this is the stuff you need.
The French have made a number of mistakes over the years, just ask the boys who cat-call them every year at the HK Rugby Sevens, but they are not all bad. All colonial masters could be prats. That what being a colonial master is all about. Thankfully there was some Yin left along with the Yang, and for the Frogs, their reputation as historical overloads and baddies is softened slightly by the fact that they did leave behind one or two of life’s true pleasures. And pleasure is, after all, what being French is all about.