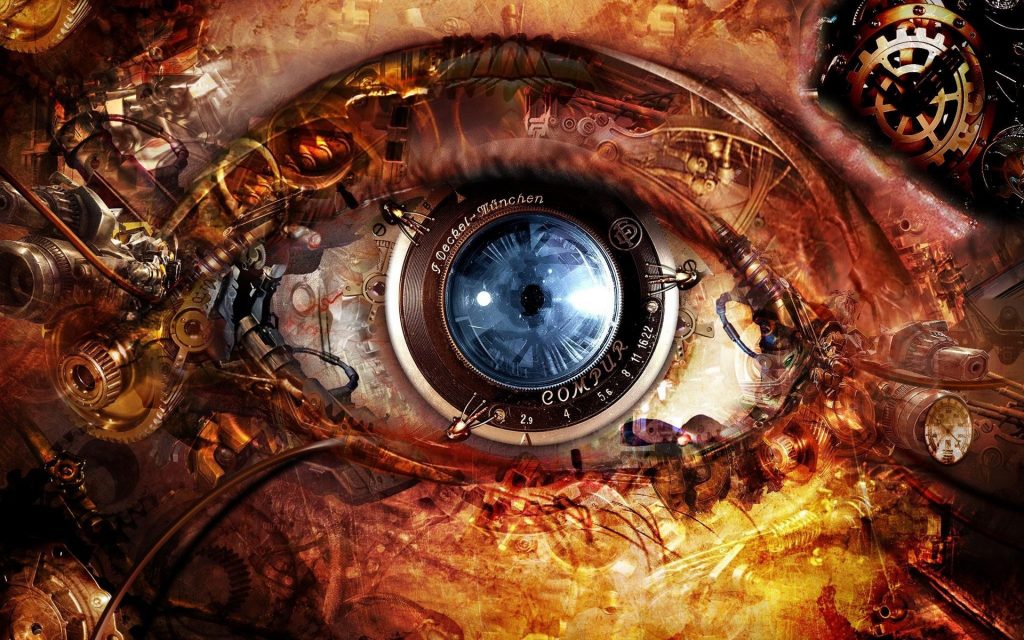 In the brave new world of the 21st century, medicine and medical breakthroughs have taken on a slightly sci-fi quality. Nano technology and robotics have become part of mainstream medicine. This year has seen a number cutting edge developments take hold. As we reported on earlier this year in My Grey Nomads, the latest stents- tiny hose like objects that can be inserted into veins- are improving the lives of stroke victims and even cutting down the risk of aneurysm by being used to remove blood clots from the body quickly and safely. We also reported on smaller and longer lasting pace makers, but these relatively tiny items are not even the start of the miniaturization of medicine.
For a few years now, artificial retinas (AR) have popped up in the news as the latest way to combat blindness caused by retinal degenerative disease.
By implanting a kind of over-ride system into the eye, the artificial retina can message the brain directly, and ‘see’ what is around the wearer either by enhancing the stimulation of the part of the cortex used to recognize shape, or by doing the job entirely on its own, without much need for the eye at all. There are a few ways to do this. Either attach an AR onto the ganglion cells on the real retina itself and stimulate those, or implant a little deeper onto the photo-receptor cells and bypass the humans natural eye altogether. These two ways are more useful if the real retina has suffered some serious damage and no longer responds to stimulus. An AR can also be implanted onto the outside of the original retina and stimulate that if it is still intact enough to respond.
The technology is not all that new, however until this year, a lot of people using the devices had reported back that while their vision was better, what they were seeing was not all that clear, or they were unable to restore depth perception, or that there was not enough light in their vision. This is truly the stuff of the bionic man, so it’s not surprising that getting it right is taking a while. Happily, there has been some real movement in the field in 2016. 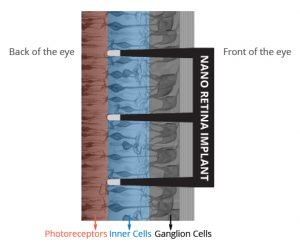 A vastly improved implant has hit the scene (pardon the pun) and it promises a lot more than fuzzy outlines and shades of grey. The company is called ‘Nano-Retina’ ( they clearly didn’t spend too much money on the branding) and whereas the earlier versions worked with 16-60 tiny electrodes that stimulated the brain to recognize changes in light and shape, this version of artificial retina uses 300. It’s like the difference of an early version 2 megapixel digital camera versus a 22 megapixel one. Not only is the brain receiving more signals, it is receiving enough for it to start to discern depth perception and spatial awareness. The image inside the brain is much sharper, and much clearer. 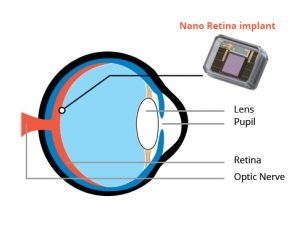 To attach a new robotic retina into the body, a local anaesthetic is used and the operation is over in less than an hour. There is minimal cutting done, it’s miniature keyhole surgery. After it’s in, the patient needs to work with health professionals to calibrate and optimise how much stimulation their particular photo-receptor cells need. After that, there is a period of adjustment and then it should be set and forget. 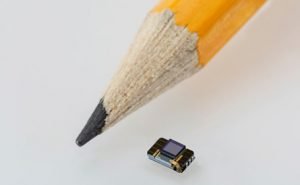 In order to assist this tiny micro-processing robot, the owner of a NR600 Nano- Retina must also wear a pair of funky glasses that provides the implant with power and gives the wearer a way to control light, the most important aspect of human sight. The size of all this high tech? Smaller that a pencil tip. This is nanotech that lives up to its name.
We are not yet able to replace our vision with a souped up version of our own eyes complete with automatic data read-outs and the menu from our local pizza take away place Iron Man style, but we are getting closer. For those robbed of their vision, this is one time we want the robots to win.